Friday Feature Ron Kolumbus | Creating and capturing signature images – Ron Kolumbus is a freelance videographer and director of photography with over twenty-five years of experience in the film and television industry. Residing in Toronto Canada, Kolumbus capitalizes on any freelance opportunity from Toronto to Ottawa and worldwide.

Kolumbus began his education at Ryerson University in Toronto enrolled in Still Photography. But, his passion for narrative storytelling soon found him migrating to the Motion Picture studies program, eventually receiving a BFA in the program. Following his graduation, Kolumbus ventured to the big apple to continue his education in post-graduate work in the Film Directing program at Columbia University, earning his MFA at the institution.

After completing his graduate coursework, Kolumbus traveled back to Toronto where he was first introduced to videography, landing a gig at a local television station. After about a year and a half in field production, he took a teaching position at Sheridan College in the Media Arts program. Seven years later, he returned to the world of freelance production, shooting major league sporting events, documentaries, reality television shows, commercials and EPK’s.

He prides himself on his versatility, indulging in the wide scope and variety of work and employing his multifarious skills and talents. One of his favorite tasks in production is to light the set,  matching the aesthetic with the content. Each interview is unique, in mood and tone. He insists all cameramen continue to finesse and tweak the lighting. “You never finish lighting; you abandon it and start shooting.”

Kolumbus wants up-and-coming camera operators and DP’s to follow their passion. Persevering through adversity and networking with other like-minded individuals who can support each other. He believes, “Content is king. The content is the most important element when developing a story.”

Currently working on it…

Currently, Kolumbus is working on a variety of EPK’s. He also recently worked with the US Tennis Association at the Rogers Cup. He’s covered the Toronto International Film Festival for Sony Pictures. And he is shooting for a number of US TV shows in Canada. He continues to look for freelance work.

Want to check out his portfolio? Go to www.kolumbus.ca

Ready to book Ron Kolumbus for your next shoot? Click here! 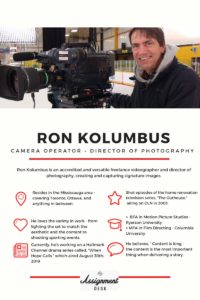 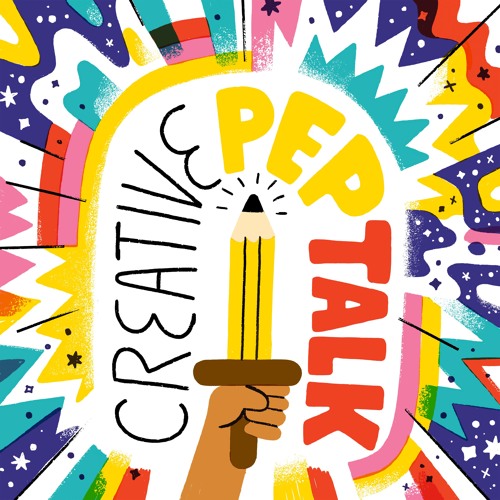 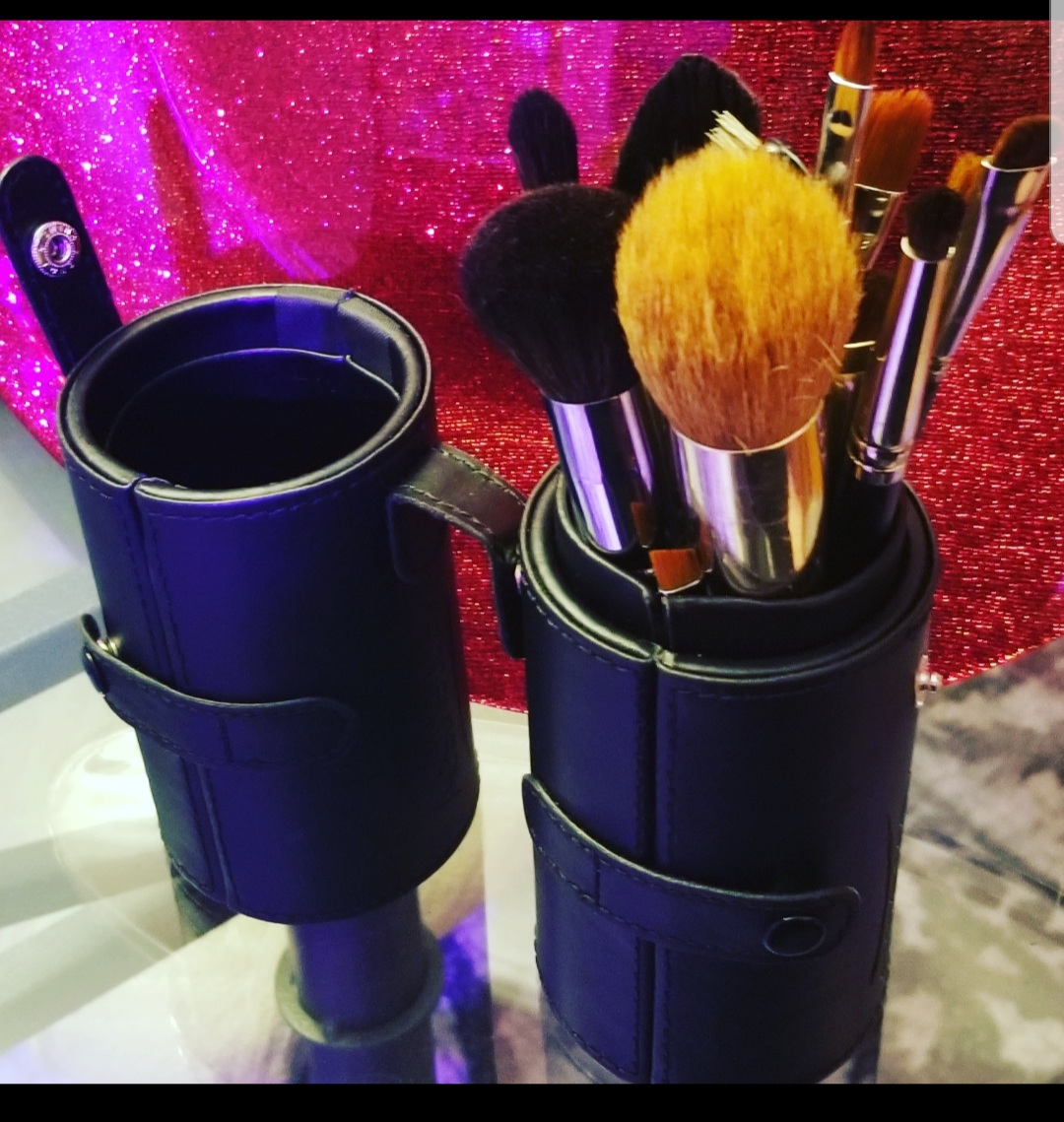