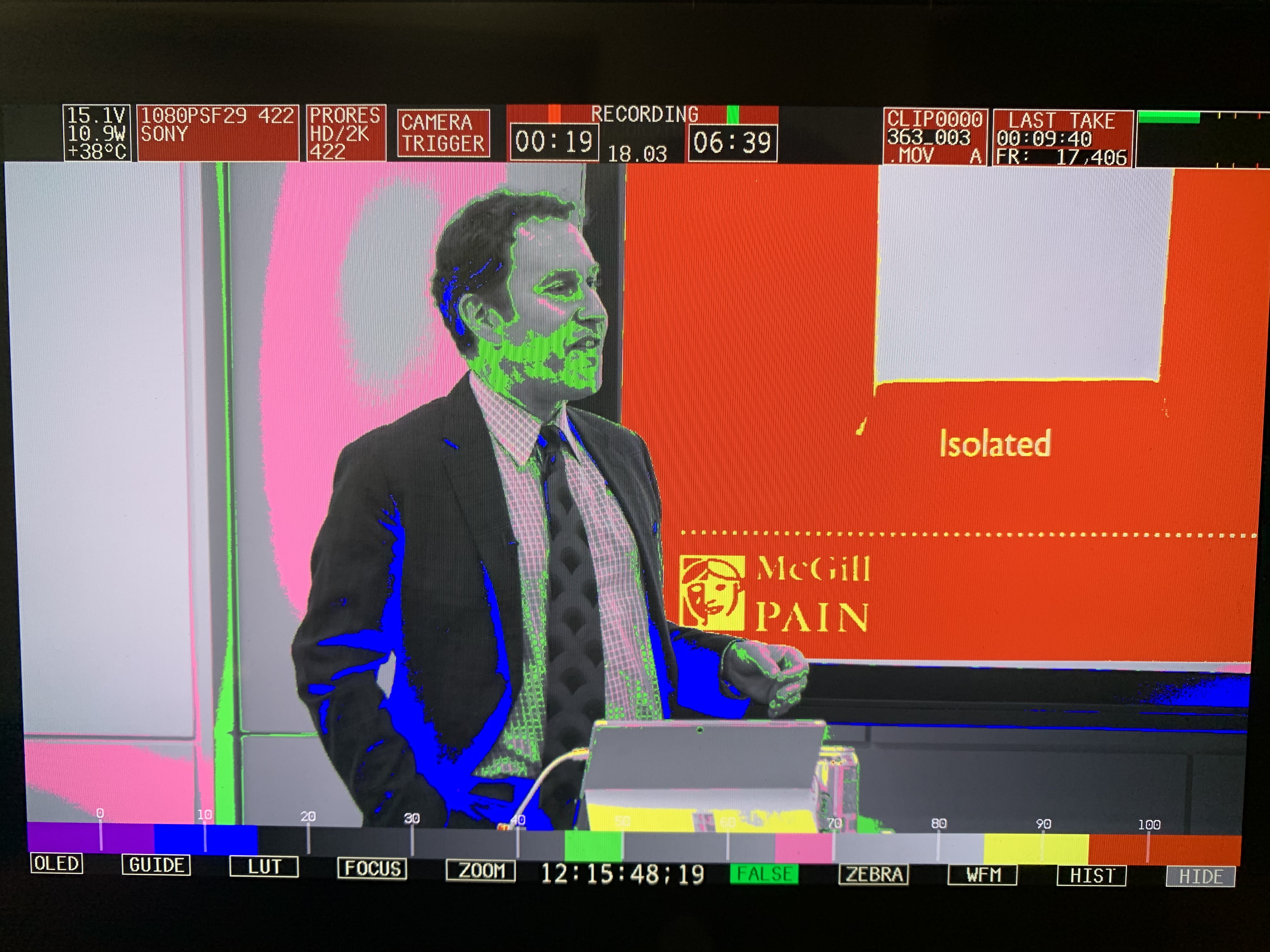 Commercial and Corporate Video Production | Before social media, corporate video production was mostly used for shooting commercials. This traditional form of marketing does not allow for direct interaction with customers.

Corporate video production can take many forms. Corporate videos are shot prior to the final piece being viewed. This is unlike sports and news shoots which are captured in real-time.  Preparation is needed to make these videos successful. Because of this, it is important to know your audience and focus on the message that you are trying to send. 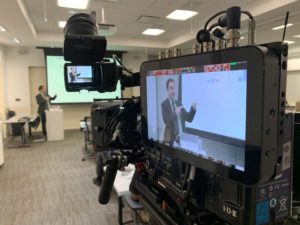 For this shoot, the producer preplanned each shot. Prepping shots in advance helps shoots flow seamlessly. The pharmaceutical company chose special guest, Dr. Jeffery Mogil to give a talk for their “Lunch & Learn” series. Dr. Mogil’s talk focused on pain.

Reinaldo worked on the audio while Roger used a Sony F5 to capture interview-style footage. The Sony F5 is highly reliable and always produces the best results during interview shoots. For additional shots, the crew also used a Canon 5D MRK 4. 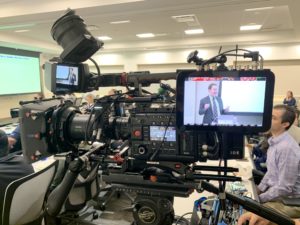 Our crews enjoyed working on this shoot for Abbott, “It was a smooth shoot. The topic was interesting and he was a great speaker” -Reinaldo.

Thank you to Abbott for choosing to work with Assignment Desk! We hope to work with them on more corporate video shoots in the future!

Need to book a crew for your next corporate video shoot? Click here! 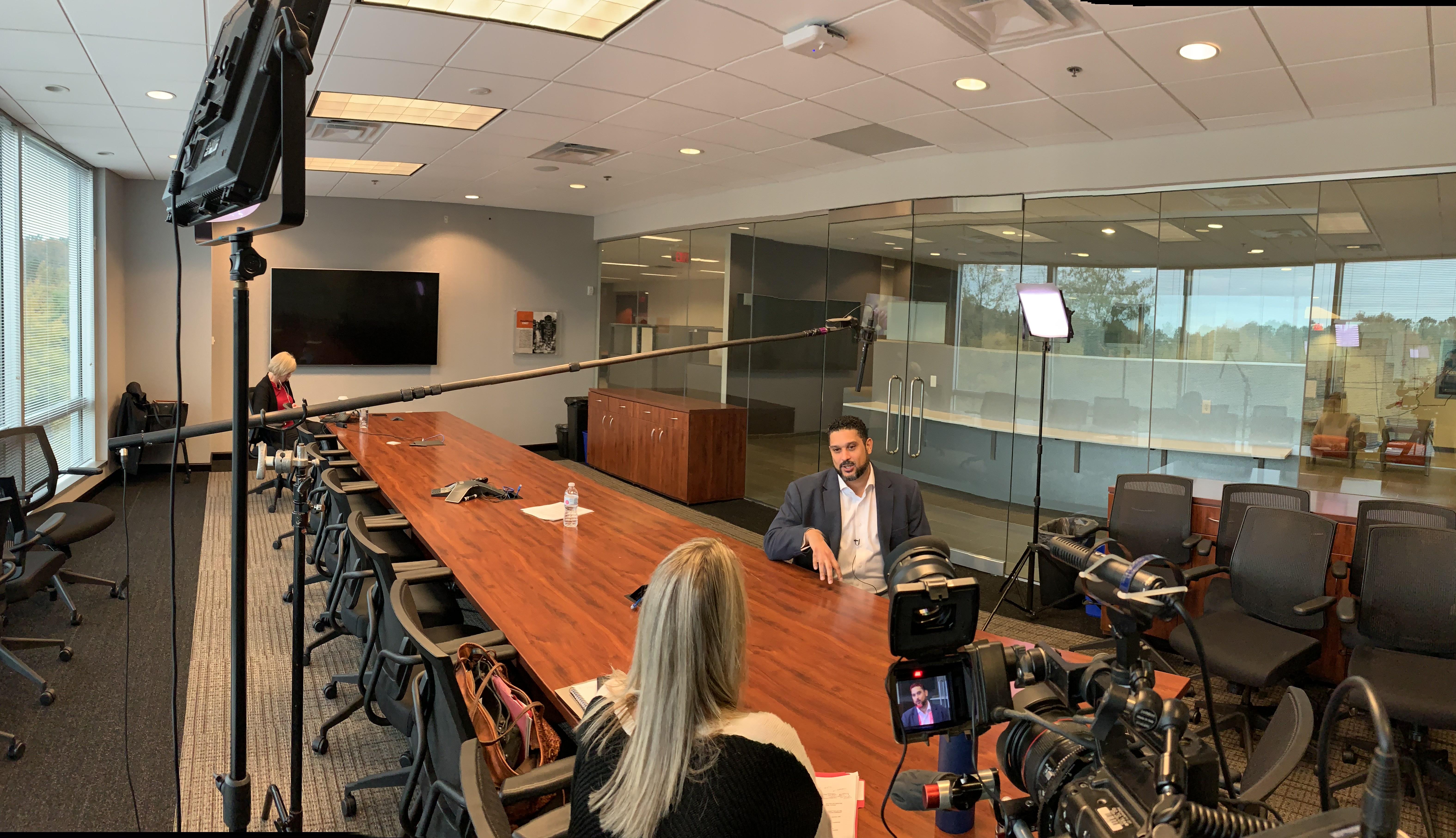