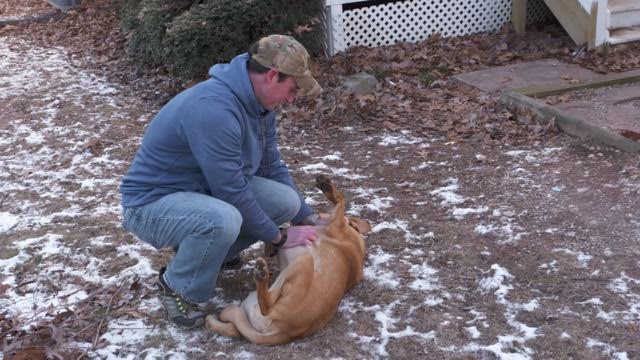 Steve Devries, a former combat medic in the military, is starting a new chapter in his life with the help of his service dog, Levi. CBS‘ “Hidden Heroes” highlighted the dynamic duo in an all-new episode. Devries served three years in Iraq, and when he returned home, he suffered from severe PTSD. Levi to the rescue. American Humane works hard to provide service dogs to heroes in need, and Devries was no exception. When he first met Levi, Devries was “overwhelmed… and pretty emotional.” They clicked right away and Levi has not left his side since. Devries said he’s helped him so much and that he has made him “a better husband and father.” It was touching to shoot such an inspirational story. Soldiers and service dogs are heroes through and through. Thank you for having us Hidden Heroes.