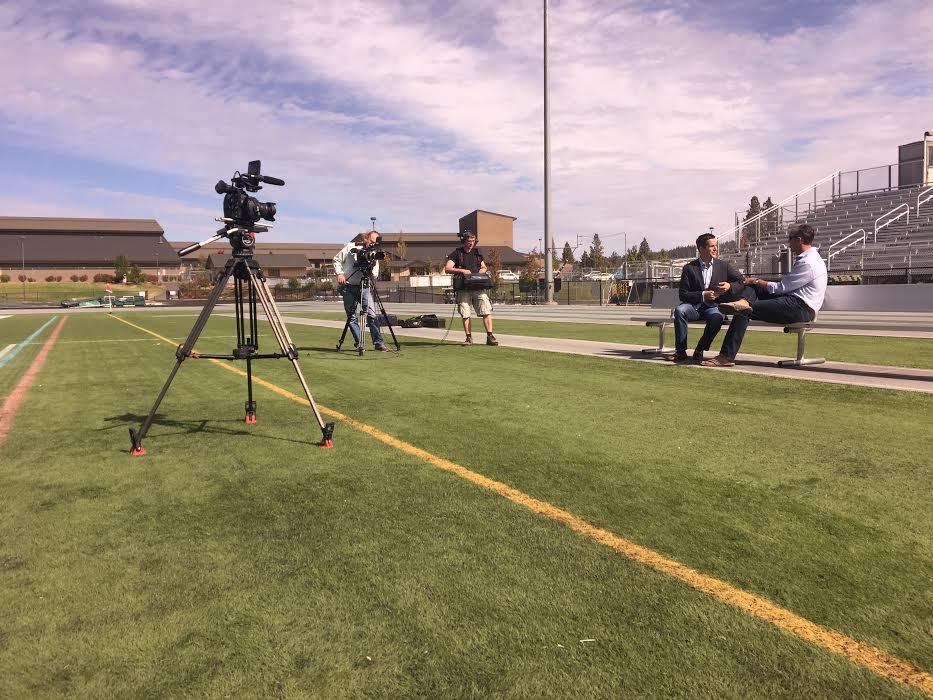 Unfinished business? Not for former New England Patriots quarterback, Drew Bledsoe. Our Assignment Desk crew traveled to Bend, Oregon for Sports Illustrated to catch up with the Patriots Hall of Famer.

This year is the 15th anniversary of his near-fatal football injury. He was hit hard and suffered a sheared blood vessel in his chest. Despite all odds, Drew has managed to make a full recovery and hasn’t slowed down! He is now the offensive coordinator/quarterbacks coach at Summit High School in Oregon. And a successful winemaker at his own vineyard, Doubleback Winery in Washington.

We provided a director of photography, a production assistant and an audio tech for the shoot that was located at the football stadium where he coaches. Look out for this episode, coming soon, on SI.com.