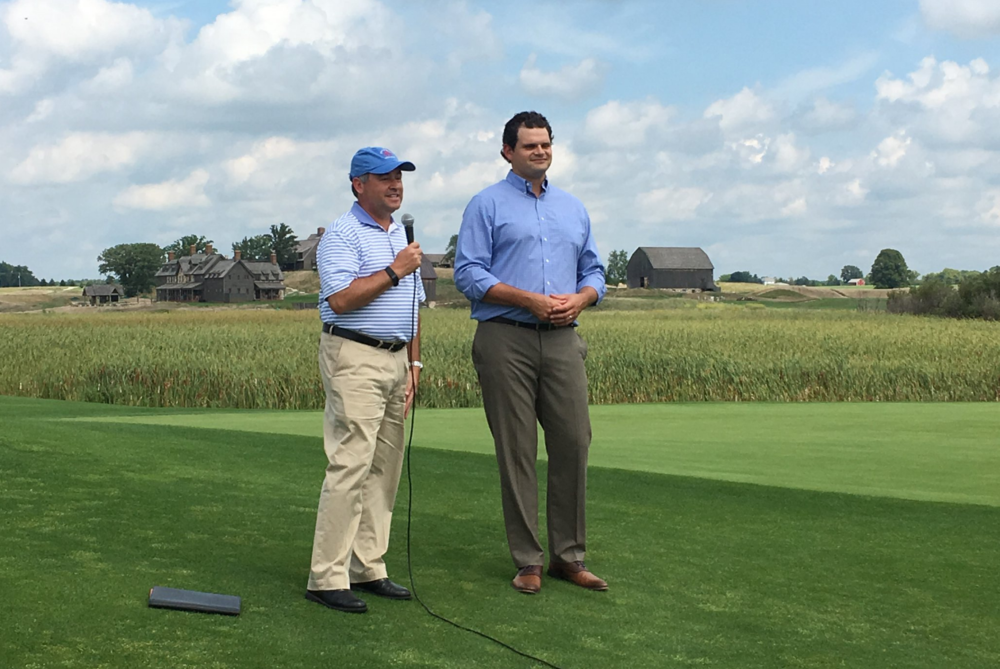 It was a hole in one kind of shoot with Sports Illustrated while covering the courses for the 2017 U.S. Open (USGA) Media Day at Erin Hills golf course in Hartford, Wisconsin.

Our crew traveled down to Wisconsin for media day coverage to capture on-course images, and on-site media interviews in advance of the 2017 U.S. Open, given the course conditions will most likely resemble those of June next year.

One of the jobs during the event was shooting b-roll, which mostly consisted of the 2017 U.S. Open trophy posing on the different fairways and greens.

Stay tuned to see the final edit of our video shooting the 2017 U.S. Open!