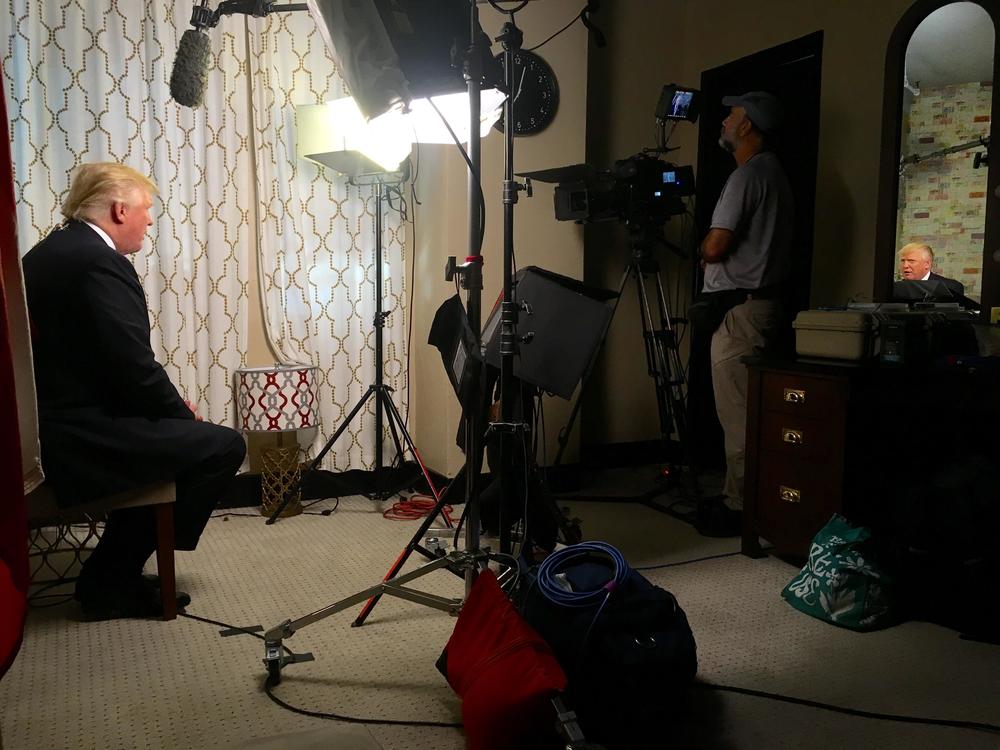 Fox News called Assignment Desk about a potential interview at the Fox Theatre in Atlanta with presumptive, presidential candidate, Donald Trump. This was the second time we’ve done an interview with Trump, the first one was in Jackson, MS for the primaries.

We love an early call time! This one started at the crack of dawn around 4:45 a.m. Unlike most shoots, we were escorted into the building by the Secret Service, Atlanta police and other local authority. Once we were up in the interview location, we were able to do a little set-up before another security sweep by police and the K9 unit. Around 8:30 a.m. we were allowed back in the room and were ready to go with the interview!

Mr. Trump was interviewed by Fox Channel’s host of On the Record, Greta Van Susteren. During the interview, Greta brought up many of his decisions and comments that have impacted the election process. She also asked about his thoughts and concerns about the gun violence that took place in Orlando this past month. Greta asked pointed questions, making this interview no walk in the park for Presidential Nominee, Donald Trump.

For gear we used Sony’s XDCAM800 with HD lens, a 17” Panasonic Monitor, our 664 Sound Devices mixer and a production lighting package which includes; Kino diva, 2 LED bicolor lights, an LTM pepper for accent, and some grip gear. We fed live, but recorded internally as well so we could have a backup for any breakup on the transmission. We ended up feeding the recording in the Fox truck on site, because there were a few hits in the Live U transmission.