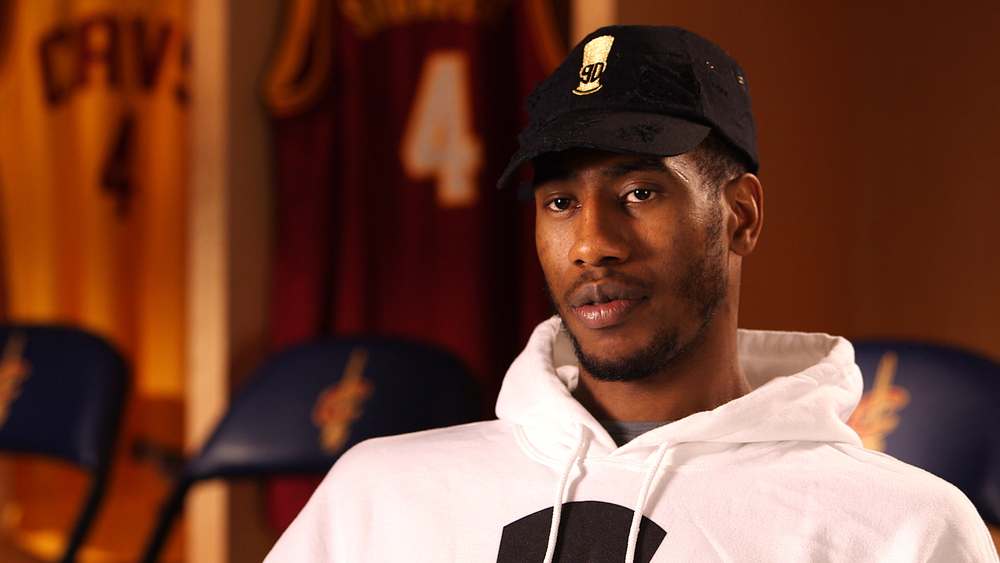 The Assignment Desk team recently travelled to the Cleveland Cavalier’s practice facility to sit down with the star Cavalier Guard, Iman Shumpert for another episode of CBS’ Game Changers.

Shumpert got his start giving back to the community very early on. As an exceptional athlete in high school, his basketball coach felt it was too risky for him to participate during gym. Instead, Shumpert spent his gym class periods helping out with special needs kids at his school. Shumpert says the experience had a large impact on shaping him into who he is today.

Shumpert still finds time to give back to his community now, even with the busy schedule of a professional athlete. This year, Shumpert participated in Flashes of Hope’s annual fashion show, which raises money for pediatric cancer. He also took time to visit homeless shelters throughout Cleveland during the winter, where he donated socks from his own clothing line, Post 90.

Hearing about Shumpert’s dedication to his community and participation with incredible organizations like Flashes of Hope, made for another inspiring addition to the Game Changers series.

Our crew provided a Field Producer and a two-man crew including a Director of Photography and an Audio Technician for the episode. We used the Canon C300 with an L Series 70-200mm lens to shoot this interview and maximized lighting with a Kino Diva 400 as the key light and a Diva 200 as the backlight.

Check out the full episode here.