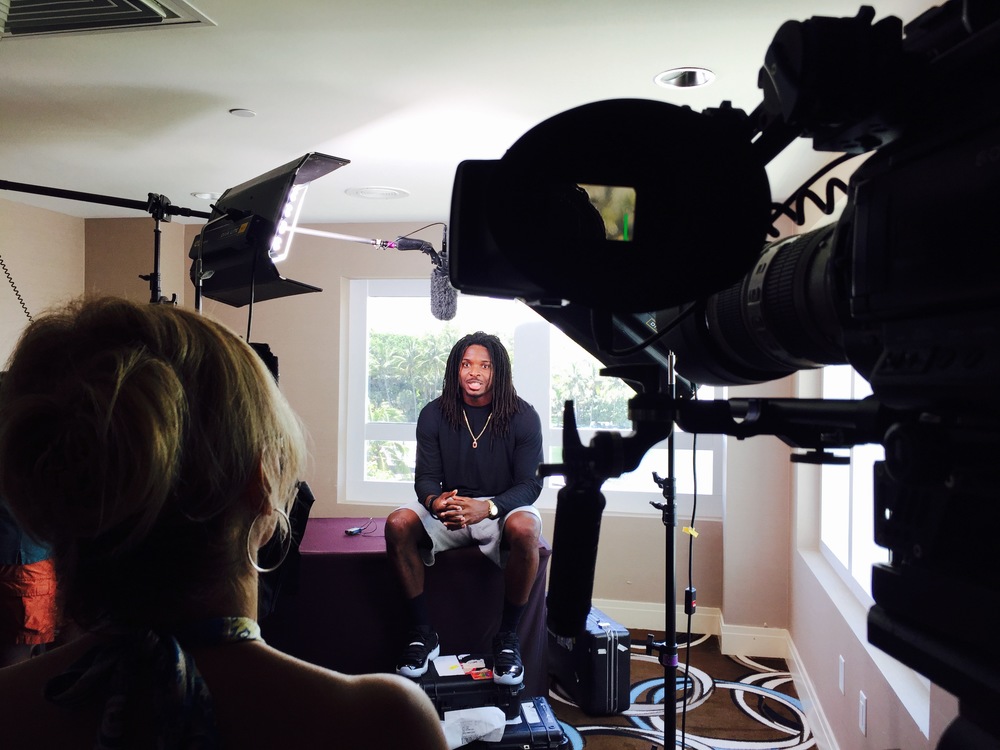 The Assignment Desk team recently sat down with Neiron Ball, rookie linebacker for the Oakland Raiders, to shoot footage for CBS’ Game Changers. The series celebrates athletes and fans who give back to their communities. The Insider’s, Kevin Frazier, highlights professional athletes who use their celebrity to make positive changes in the lives of fans in need.

Ball who has overcome adversity of his own, including losing both parents before the age of 10 and undergoing heart surgery at 18, is a prime example of rising above life’s challenges and continuing on in the pursuit of your dreams.

With these tough memories in tow, our crew filmed Ball giving a speech to teens about overcoming obstacles to reach their dreams. He also spoke about the importance of continuing their education, regardless of whether or not they want a future in sports.

We later followed Ball, and other NFL players, as they gave out backpacks filled to the brim with school supplies to children in the Gwen Cherry Park area.

The most challenging part of this “Game Changers” shoot was when the Assignment Desk team filmed interviews with Neiron Ball and a few of his league friends at the Fontaine Bleau Hotel. We shot the interviews in a room with multiple windows that quickly created a lighting challenge. By acting quick on our feet, we found a solution. The gear we used included, a 24-70mm and 70 – 200mm lens. All in a days work for the Assignment Desk crew!