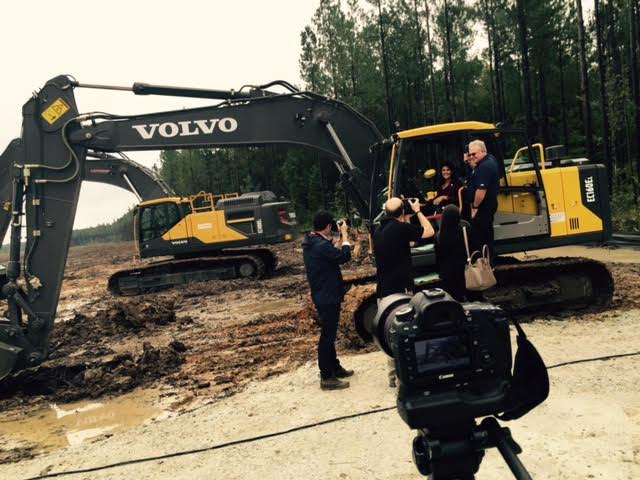 As you can see in the photos, mud was a big challenge for us that day, but overall the shoot went seamlessly. We used a Canon 5d mkIII, 24-105 and zoom H4N. Shout out to Senator Tim Scott for taking the time to snag a selfie with one of our crewmembers, Jason! We had a great time on this shoot and wish Volvo the best of luck in its new territory!